Raw fish. What’s not to love about that? It doesn’t get much more Paleo than eating fresh fish in its natural state, but there are a lot of things in the sushi world that are very far removed from their natural state. We’ll take a look at sushi, and let you know which items on the menu are Paleo-friendly.

Sushi is a bit of a Japanese delicacy. This dish consists of small bites of seasoned rice, combined with raw fish, vegetables, or egg, and generally held together with dried seaweed. There are four main styles of sushi, all of which you’ll see at any modernized or traditional sushi restaurant. 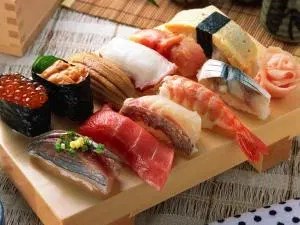 Unfortunately, no, not really. Maki, nigiri, and hand rolls all come with rice, and many are seasoned with soy sauce. However, if your friends insist on sushi, you can still find something to enjoy on the menu! Sashimi, plain raw fish, is completely Paleo! High-end establishments will have real wasabi as well, but the soy sauce is still not Paleo. If you absolutely need a sauce, ask for Tamari, soy sauce’s gluten-free brother.

You can also make Paleo “sushi” at home. Nori, the dried seaweed wrap is Paleo, and you can fill it with avocado, real crab meat, shrimp, wild salmon, egg, and even cauliflower “rice.” And if you’re making it at home, be sure to get real wasabi and season it with soy-free coconut aminos!
Are you struggling with which foods are Paleo?  Do you need help planning some Paleo meals?  Check out this great Paleo cookbook: 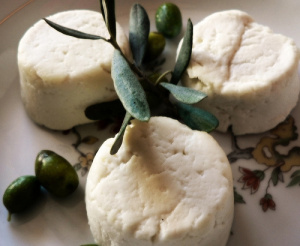 IS GOAT CHEESE PALEO?
ThePaleoList Answers: Is Goat Cheese Paleo? Today we are taking a break from popular condiments…