It seems impossible to create a spray from oil that is solid at room temperature, but many companies, including Spectrum Organics, Pam, and Trader Joe’s, have done just that. It seems highly tempting for Paleo eaters with deep love for all things coconut. We’ll dig a little deeper – is coconut oil cooking spray Paleo?

What is Coconut Oil Cooking Spray?

Much like the PAM canola cooking spray many of us grew up with, coconut oil spray provides a convenient way to grease muffin tins and bread pans, and the easiest way to get that perfect brown crisp on homemade chicken fingers. Coconut oil is solid at room temperature (raw, virgin coconut oil solidifies at about 77 degrees F), so it seems like an impossible oil to force through a spray nozzle. 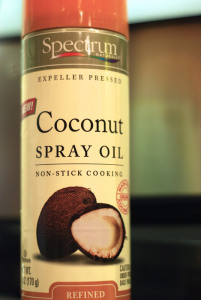 However, you might be surprised by PAM’s take on coconut oil spray. ConAgra claims it is made from 100% coconut oil! And Kelapo brand contains just two ingredients: Extra Virgin Coconut Oil and Propellant (non-chlorofluorocarbon).

So what is this propellant? It’s basically a compound that helps the oil propel from the can – such as food-grade alcohol, nitrous oxide, carbon dioxide, or even propane!

It’s a tough one! Sorry Trader Joe’s lovers, but their coconut oil cooking spray is definitely not Paleo. Neither is the Spectrum Organic. Both contain soy! We weren’t able to locate a canister of PAM coconut oil spray, so you’d have to read the ingredients on that one at the store. If you choose Kelapo, you’re mostly in the clear with just two ingredients. However, the propellants might throw off the Paleo perfectionists of the world, as you’re likely ingesting some amount of non-chlorofluorocarbon propellant. We say, cooking spray is not technically Paleo because it has unnatural additives, might be partiallyhydrogenated (trans fats!), and most brands contain soy! However, if you’re looking at coconut oil spray as a transition away from canola spray, then we say go for it!

Alternative options: Get a Misto and spray the melted coconut oil on your foods, or buy a silicon brush to get in the nooks and crannies. Both are almost as fast and easy as cooking spray!
Are you struggling with which foods are Paleo?  Do you need help planning some Paleo meals?  Check out this great Paleo cookbook: 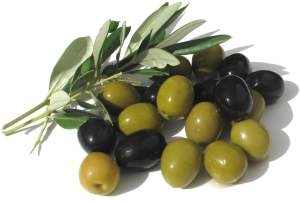 ARE OLIVES PALEO?
The Paleo List Answers: Are Olives Paleo? Olives are small grape-sized fruits that pack a lot… 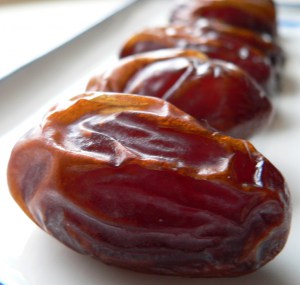 ARE DATES PALEO?
The Paleo List Answers:Are Dates Paleo With the name Phoenix dactylifera, dates probably have one…