Many of us want to believe that a bowl of steamed edamame is one of the healthiest choices you can make at a sushi restaurant. What’s a better appetizer than a bowl of veggies with a little salt? Well, edamame is not a vegetable, despite its appearance, any might not be quite as healthy as you think. 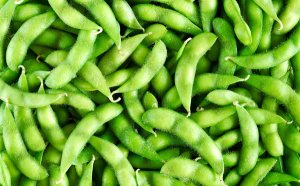 For starters, edamame is soy, so it’s automatically eliminated. However, that doesn’t necessarily explain why. We’ve said many people choose to incorporate fermented soy in their diet, so what’s wrong with edamame? Well, as an unfermented, unsprouted, and unsoaked soy product, it contains phytoestrogens, just like tofu and soymilk, and it is probably genetically modified. However, it is slightly different from regular soybeans. Edamame is the younger soybean, still in the pod, which can be eaten raw, but are usually steamed and served with salt. They’re easy to digest, and similar to green beans, which are Paleo.

The biggest issues with edamame are the phytoestrogens and the phytic acid. For this reason, edamame is not Paleo. However, since it is easy for most people to digest, it is a relatively safe cheat food (like dark chocolate, or fermented soy). Just consume edamame in strict moderation, and you should be okay, though it is definitely not Paleo. If you want to stay away from soy altogether, try steaming up sweet English peas in pods and douse with sea salt to get your fix! See the recipe below. 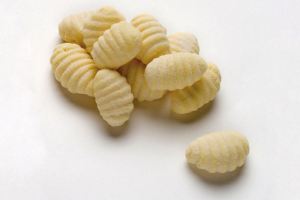 ARE GNOCCHI PALEO?
Many of us know gnocchi as the little pillows of potato pasta, often covered in… 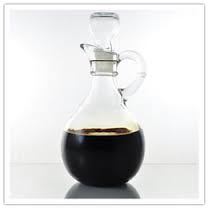 IS BALSAMIC VINEGAR PALEO?
The Paleo List Answers:Is Balsamic Vinegar Paleo? Balsamic vinegar is one of those new-old kitchen…