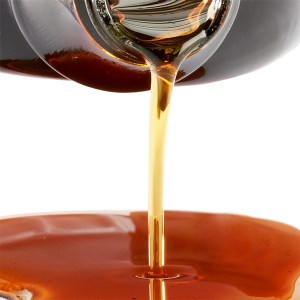 It’s time to take a look at another sweetener for those of you who can’t shake the sugar! Clearly anything is better than aspartame and high fructose corn syrup, but are other natural sweeteners healthy? Is maple syrup Paleo?

What is Maple Syrup?

Maple sap is a completely natural form of sweetener, which dates back thousands of years. The syrup we glug all over pancakes is a little less natural because it is made by boiling the thin and slightly sweet sap for hours to create the sticky sweet syrup. To make maple syrup, harvesters extract the thin and clear sap from the maple tree, and then boil it to evaporate the water. It can take 43 gallons of maple sap to make one gallon of maple syrup.

Maple syrup is considered a natural sweetener, and contains trace minerals, but it can also cause blood sugar spikes. While it is technically Paleo, it’s still sugar and is recommended only in moderation. The biggest thing to remember is that only 100% maple syrup is actually real maple syrup, so keep an eye on those major brands’ ingredients’ labels before heading to the checkout counter. According to  Mark’s Daily Apple, all maple syrups are almost entirely sucrose, but wrapped in a handful of minerals. The darker, more flavorful “grade B” contains higher concentrations of minerals and phytochemicals, and is considered the healthiest maple syrup on the market. Vermont has recently changed it’s grading system though, so keep an eye out for labels like, “Grade A – Dark With Robust Taste,” when looking for what used to be “grade B.” 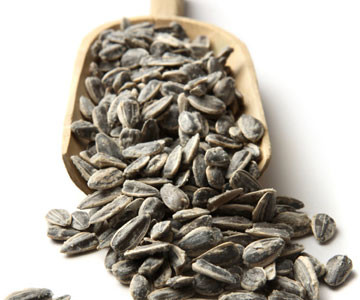 ARE SUNFLOWER SEEDS PALEO?
Sunflowers are oh-so-pretty additions to many homes across the country. They grow and twist to…
IS EZEKIEL BREAD PALEO?
ThePaleoList Answers:  Is Ezekiel Bread Paleo? Ezekiel Bread is produced using grains that have already…