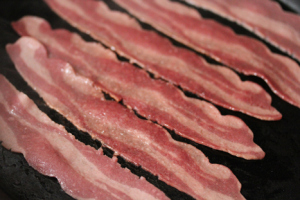 Here in the Paleo world, we’re no strangers to bacon. But what about turkey bacon? It’s a fad dieter’s dream – the flavor of bacon without the so-called “unhealthy” fats and sodium? Let’s break it down. What is turkey bacon?

What is Turkey Bacon?

Pork bacon comes straight from the belly of the pig, but since turkeys don’t have big fat bellies, where does turkey bacon come from? Essentially, it’s a highly processed mishmash of mechanically separated turkey parts. Sounds a little like SPAM, doesn’t it?

Well, it is clear that the brand makes a huge difference. Applegate is a pretty well regarded company, so it is no surprise that their ingredients list is shorter.

Most people who turn to turkey bacon do so to save on fat and sodium, so it should be noted that even though the fat content is lower in turkey bacon, the sodium content is almost always higher! (They have to add something to make it taste good!)

Eh, not really. The laundry list of ingredients in major brands (Butterball, Jennie-O), signals how highly processed those products are. The Applegate Turkey Bacon is much cleaner, but still includes maple sugar and quite a bit of processing. Same goes for Trader Joe’s – definitely a cleaner option, but it is still processed with added sugar, and high in sodium.

In the end, turkey bacon Applegate and Trader Joe’s is kind of acceptable, since it probably won’t cause any health problems, but certainly not fully Paleo. Both bacon and turkey bacon should both be considered Paleo treats, rather than everyday fare. 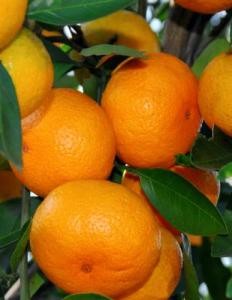 IS SATSUMA PALEO?
The Satsuma is growing in popularity around the world, as we all come to… 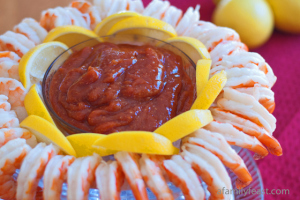 IS COCKTAIL SAUCE PALEO?
You might find yourself munching on cooked shrimp straight from the freezer as an afternoon…
ARE BLACK BEANS PALEO?
ThePaleoList Answers:  Are Black Beans Paleo? The reputation of black beans precedes them, I am…