Those little green split peas look a whole lot like lentils. What are they? Are they Paleo?

What Are Split Peas?

Split peas are exactly what they claim to be, and are in fact, dried green peas that have been split in half. The only difference is in the processing. Split peas are dried and peeled. Once the skin is removed, they split naturally. Both yellow and green peas are used to make split peas. The flavor is very similar to canned or frozen peas, but not quite as crispy and spring-like as a fresh pea. 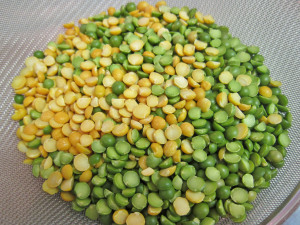 Although you might find some confusion across the Internet, split peas are technically legumes (Pisum sativum). They’re botanically the same as fresh peas, which is great, but fresh peas are also technically legumes! Much like fresh green beans, these legumes are cooked, treated, and consumed as vegetables.

This one is kind of up to you. We say they’re benign, but sticklers might prefer to avoid them. Dried peas are not exactly Paleo, even though they are technically exactly the same (botanically) as fresh peas, because they’re technically legumes. While the phytate levels are certainly not as bad as other legumes, it’s still higher than the fresh versions of peas. As Mark Sisson points out:

“The green pea lectin (pisum sativum agglutinin) is “much less toxic” than others, according to renowned legume opponent Dr. Loren Cordain’s research.”

“Phytate content of green beans and green peas, which isn’t that high to begin with, was greatly reduced by simple cooking (PDF): green beans dropped from 150 mg phytate per 100 g portion to 52 mg phytate; green peas dropped from 384 mg phytate to 158 mg phytate. Most of the phytic acid was retained in the cooking water, though, so if you’re trying to avoid phytates, discard the water.”

If you’re interested in split pea soup or curry, it’s a good idea to buy frozen fresh peas, or if you must have dried peas, at least make it from scratch. The cook very quickly, and the canned versions tend to contain numerous additives that you want to avoid. 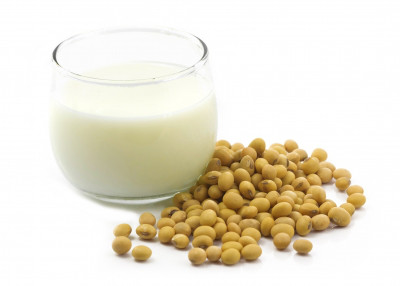 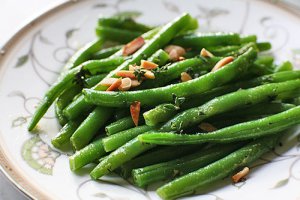